Written by Emily
Updated over a week ago

There's lots of different ways you can do interesting stuff with RedCircle's dynamic insertion tech.  Here's a few useful examples we came up with to get you started.

Before you cut to ads, you like to let your listeners know with something like "We'll be right back after this short ad to talk more about this topic!".  Sometimes, you may be in a cross promotion, but other times, the cross promotion might be complete.  In this case, it might be strange to your listeners to hear your ad intro, and then go straight into the next section with no ad.

Here's a configuration to help with this. 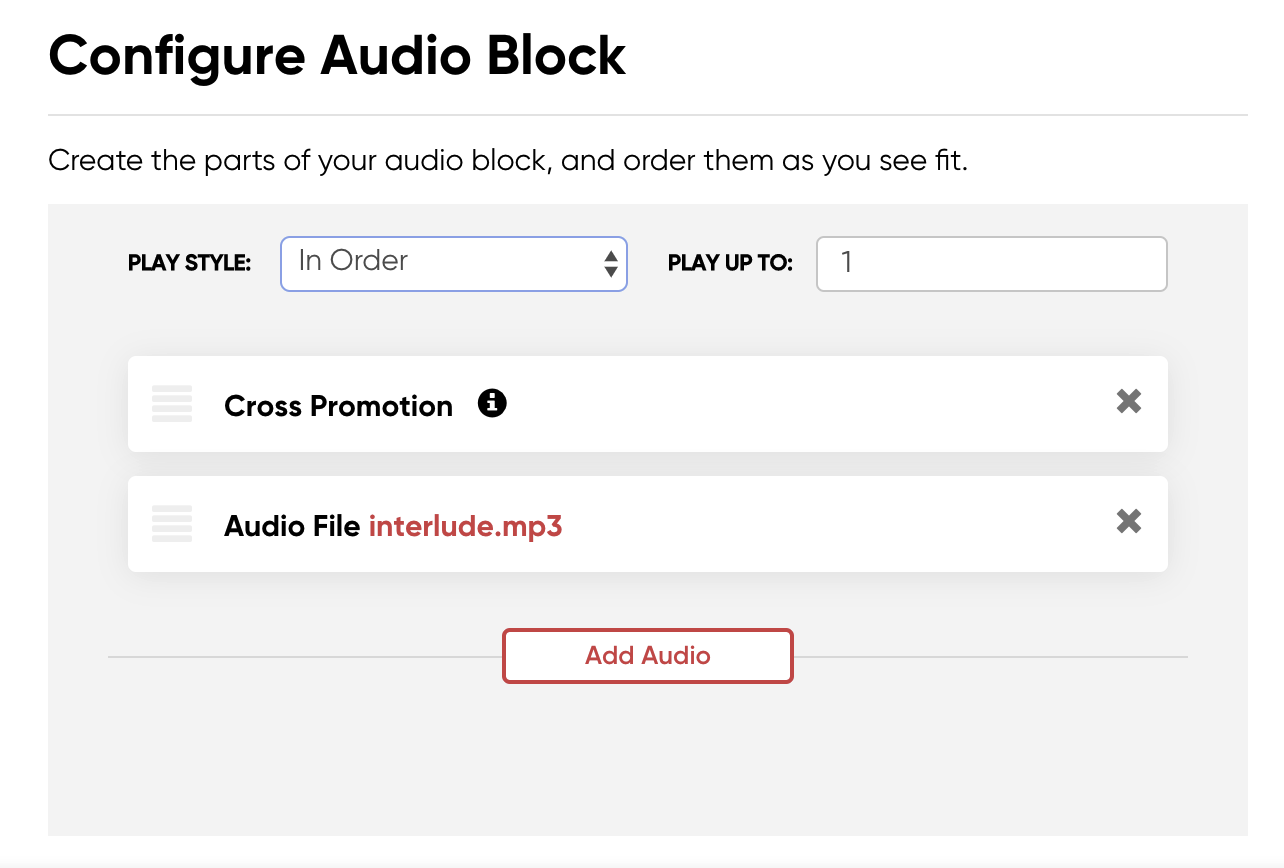 By setting 'Play Up To' to 1, only one of the two audio clips will be played.  If a cross promotion is running, the listener will only get the cross-promotional ad, but if there are no cross promos active, the interlude.mp3 (perhaps a 15 second musical break) would play instead.

Let's say you're running advertisement for a razor company on your show.  The advertiser wants you to try out two different versions of the ad copy, each with its own promo code, and you want to know which ad copy / promo code performs better. 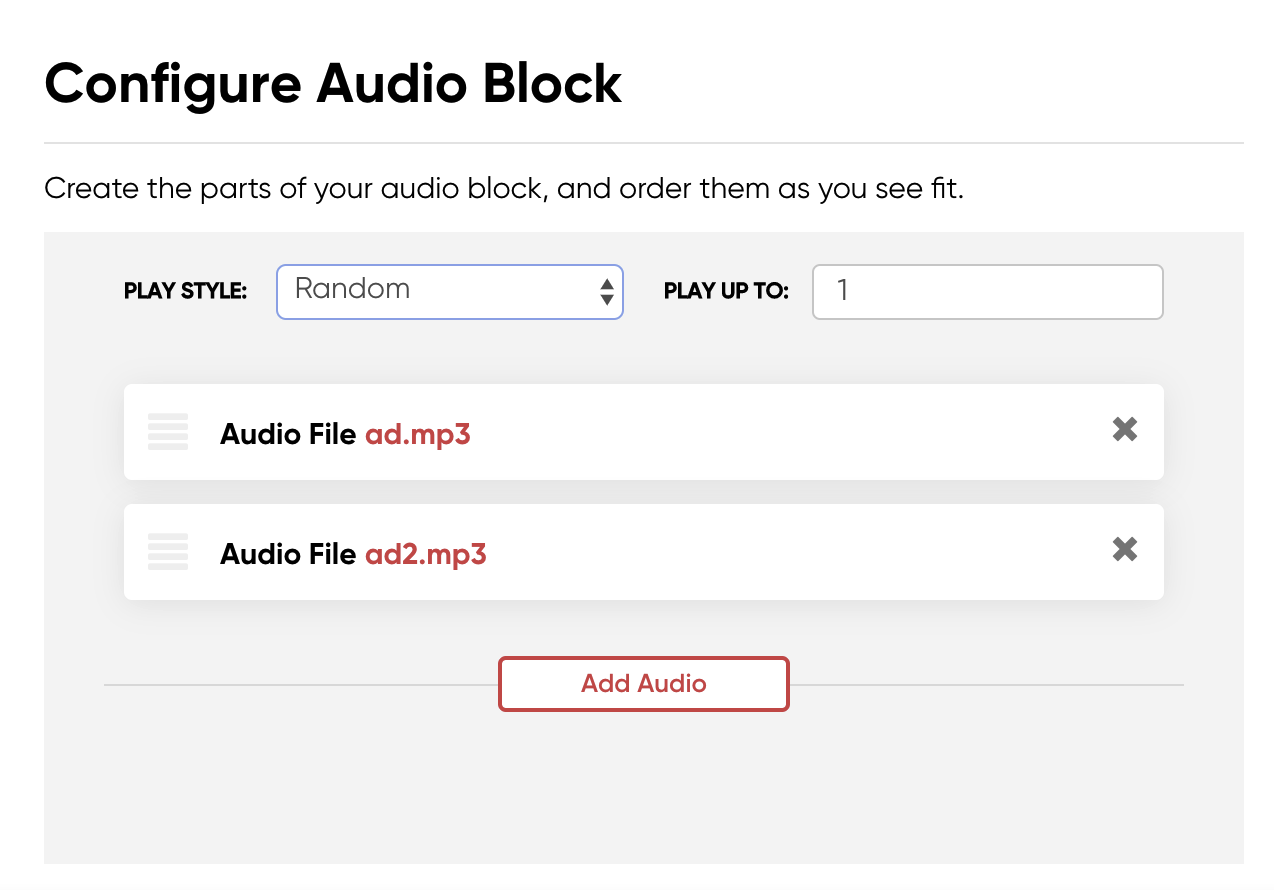 Use the Same Outro On All Shows

Find yourself always reading the same credits over the same background music each week?  You can create an Audio Block with a single uploaded audio clip of the credits and set it on an insertion point at the end of every episode you upload.

With this configuration, you can easily swap out the audio file you configure on the Audio Block to update your credits across every episode in your podcast at once!

Did this answer your question?